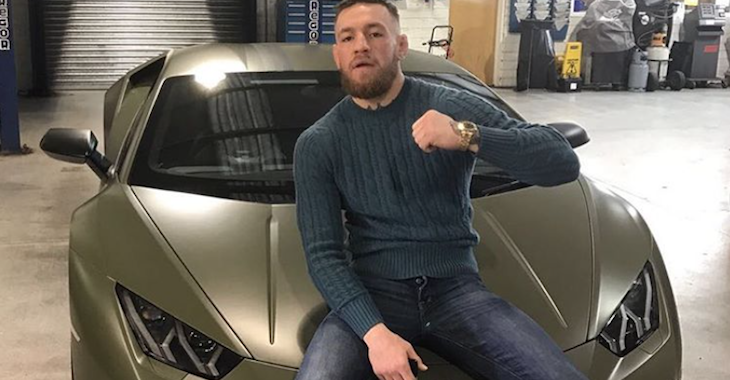 After the event, which McGregor is felt to have owned by a landslide, both fighters joined the media for a brief question and answer session.

During his conversation with the media, McGregor was asked by Ariel Helwani who will be sponsoring him for his bout with Mayweather. He will not, after all, be obligated to wear Reebok as all fighters are in the UFC’s Octagon.

“I might have a couple sponsors,” he said (h/t MMAFighting.com). “I’m actually sponsored by Budweiser – we’re on the Budweiser stage, I’m very happy about that. We’ve got a couple of things in the works.”

Having been seen wearing Nike recently, Helwani probed McGregor about the possibility of a Nike sponsorship.

“Look, at the end of the day, I’m in such a strong position here. I can chill, and we’ll see what happens closer [to the fight].”

These comments from McGregor are very much in keeping with recent comments made by his manager Audie Attar, who joined Helwani on a June episode of The MMA Hour.

“There’s a lot of open categories that we’ve been negotiating with brands, including Reebok,” Attar said on the show, clarifying that just because McGregor doesn’t have to wear Reebok, doesn’t mean he won’t.

“We’ll see how that all plays out.” He added.“He’s currently a free agent with regard to athletic apparel. We’re still in discussions with Reebok and other brands.”

“It’s definitely a great opportunity for Conor and any brand we decide to align with.”

In addition to Budweiser, who do you think will sponsor Conor McGregor in his fight against Floyd Mayweather?