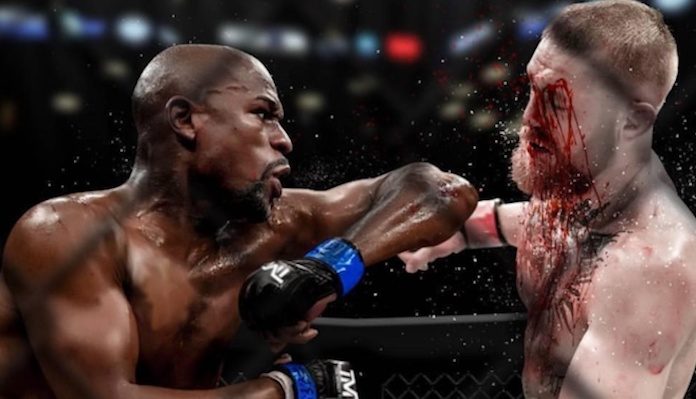 The ostensibly retired boxer is now claiming that he’s begun the early phases of his preparation, and that there’s a 50-50 chance he’ll fight in four-ounce gloves before the end of 2018.

So, if it truly is 50-50, what will it take to the tip the balance in favor of “Money” competing in MMA this year? You guessed it… Money.

“I can’t really say how things are gonna play out,” said Mayweather. “I’m a numbers man. I’m all about the numbers. If the numbers like [a McGregor rematch], we can make it happen. One thing about me, I’m never ducking no fighters. So, Conor McGregor – tough, vicious competitor. Just like he feels he’s got dynamite hands with the four-ounce gloves on, I feel like I’ve got dynamite power with the four-ounce gloves on. In our fight he said there’s no way he’s gonna get knocked out with eight ounce gloves on. I feel like he was complaining about the ref stopping it but if the ref wanted me to really actually kill a guy, he could have let that happen, but he saved him.”

Mayweather also addressed his much-discussed work with UFC welterweight champ Tyron Woodley. Apparently, Woodley will be one of many people he calls on.

Do you think we’ll ever see Floyd Mayweather in the cage?