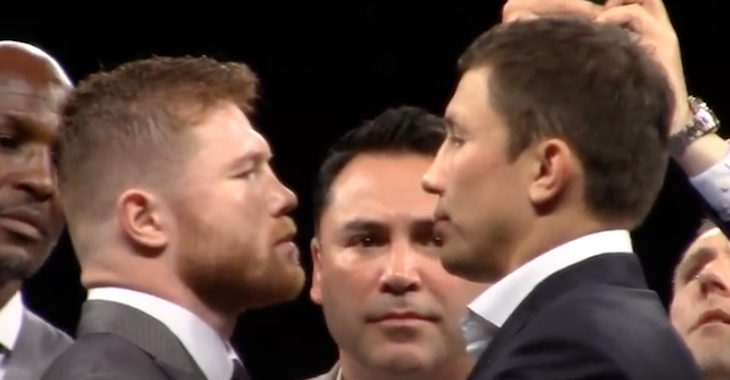 Last night, boxing stars Saul “Canelo” Alvarez and “GGG” Gennady Golovkin finally stepped into the ring together. The fight was everything we hoped for, as the two brilliant fighters swapped heavy artillery for twelve exciting rounds.

Unfortunately, the fight’s outcome was quite controversial. Though the consensus seems to be that Golovkin did enough to win, the fight was instead ruled a split-draw. Most bafflingly of all, one judge, Adalaide Byrd, scored the contest 118-110 score for Canelo.

In the wake of this fight, a great many members of the combat sports community voiced their extreme confusion and disappointment with Byrd’s rather ridiculous scoring of the fight. Nevada State Athletic Commission executive director Bob Bennett, however, believes people should go easy on her, because she probably just had “a bad day.”

“Adalaide, in my estimation, is an outstanding judge,”Bennett told ESPN’s Dan Rafael. “She’s done over 115 title fights and/or elimination bouts. She does a great deal of our training. Takes a lot of our judges under her wing. I think being a judge is a very challenging position.”

“Unfortunately, Adalaide was a little wide. I’m not making any excuses. I think she’s an outstanding judge, and in any business, sometimes you have a bad day. She saw the fight differently. It happens.”

While it’s certainly possible that Byrd had a “bad day” at the office during Canelo-GGG, that’s not really much of an excuse when fighters’ records and world titles are on the line. Furthermore, the questionable result of this fight once again shadows the sport of boxing in illegitimacy.

What do you think of Adalaide Byrd’s bizarre scoring of Canelo-GGG? Was she really just having an off-night, or is there something else at play here? Should she be allowed to judge fights of this caliber in the future? Join the conversation in the comments section.