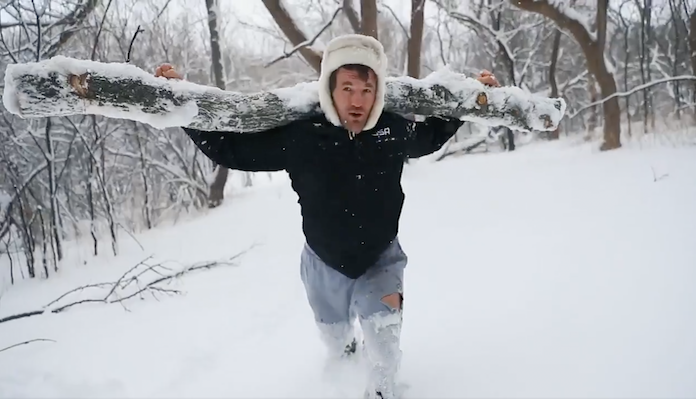 Askren takes on Paul in a high-profile boxing match on April 17 that will be promoted by the Triller app. The promotion recently held the press conference for the fight and both Paul and Askren got a lot of publicity before the bout, as expected. Their matchup is a big fight between a popular YouTuber in Paul and a former UFC star in Askren, and it’s expected to be a pay-per-view blockbuster when it goes down in a few weeks from now.

Ahead of the Paul vs. Askren boxing match, Askren has been putting in the training, both inside the gym and outside. In a new video posted to his social media, Askren shared a video montage of him training in the snow, Rocky 4 style. Watch the video below.

When I got the call to fight Logan Paul’s little brother I had to go into Rocky Style training! pic.twitter.com/GDunqgLjmh

When I got the call to fight Logan Paul’s little brother I had to go into Rocky Style training!

When Askren steps into the boxing ring with Paul next month, it will mark the first time that he’s donned boxing gloves in a professional bout. Although Askren is a longtime wrestler and MMA fighter, boxing is new for him. He has been training his striking for years at Roufusport but never really had to use it in MMA. For this boxing match against Paul, however, Askren will need to use his hands, and he’s been busy in the gym training and getting better. He will have plenty more combat sports experience than Paul heading into this fight, but he will have disadvantages as far as speed, youth, and punching power go. For Askren to win, his best chance is to make it a grueling battle like Sean O’Malley said.

Do you think Ben Askren has what it takes to beat Jake Paul?