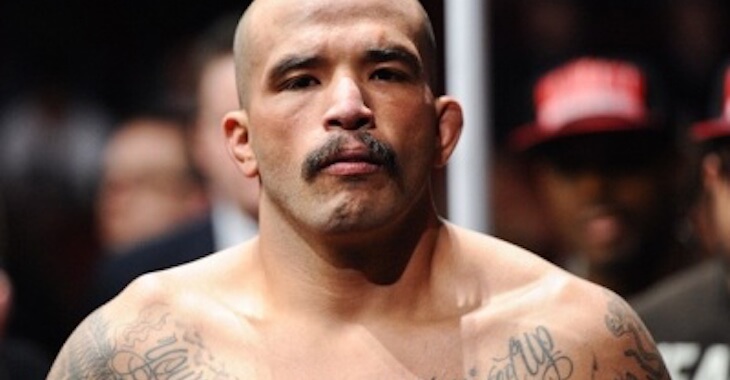 Joey Beltran put his heavyweight title on the line against Marcel Stamps in the headliner of tonight’s BKFC 13 event in Salina, Kansas.

The former Ultimate Fighting Championship standout, Beltran (18-15 MMA), had captured the BKFC heavyweight world title this past November when he defeated Chase Sherman by unanimous decision.

That win over ‘The Vanilla Gorilla’ had improved ‘The Mexicutioner’s’ overall record in Bare Knuckle Boxing to 3-1-1 respectively.

Meanwhile, Marcel Stamps had entered tonight’s event headliner with Joey Beltran looking to rebound after suffering a submission loss to Jared Gordon in his most recent effort at Island Fights 60 this past October.

‘Swift’ had previously competed under the Bare Knuckle Fighting Championship banner back in October of 2018 at BKFC 3, where he scored a third round TKO victory over former UFC veteran Kendall Grove.

While Marcel Stamps appeared to be getting the better of Joey Beltran throughout the majority of the opening three rounds, ‘The Mexicutioner’ was able to end the fight in sensational fashion in round four.

Who would you like to see heavyweight champion Joey Beltran fight next following his fourth round TKO victory over Marcel Stamps at tonight’s BKFC 13 event in Kansas? Share your thoughts in the comments section PENN Nation!