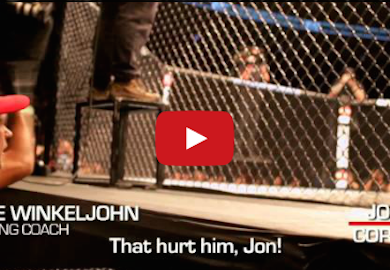 UFC Fight Flashback: Jones vs. Gustafsson is an enhanced replay of the one of the best title fights in UFC history, featuring never-before-seen footage from state-of-the-art, specialty cameras, and exclusive new sound captured from all corners. Beginning with their arrivals at the arena, inside the locker rooms, into the Octagon, through the epic fight, and the aftermath, experience the incredible sights and sounds of this light heavyweight bout from the perspective of the people who lived it. Watch Jon Jones vs. Alexander Gustafsson again, like you’ve never seen it before.