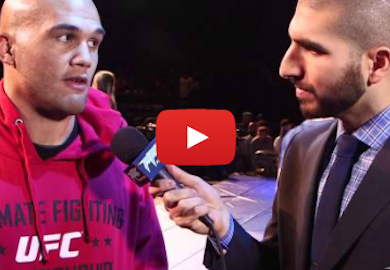 Robbie Lawler talks about his UFC 167 fight against Rory MacDonald, why he’s not amazed by his career turnaround in 2013, why he always thought he’d return to the UFC, his thoughts on Rory MacDonald’s last fight, MacDonald as an opponent, and more.