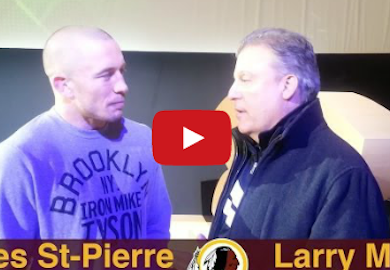 Former UFC Welterweight Champion Georges St-Pierre spent a few minutes with Larry Michael, the voice of the Redskins, earlier this month in New York City. They talked similarities between football and MMA, but this video focuses on St-Pierre taking a leave of absence from the UFC and relinquishing his belt, citing the dedication, focus and sacrifice necessary to be great.