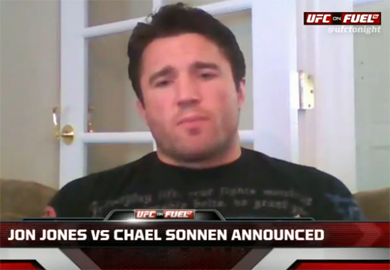 ‘The American Gangster’ Chael Sonnen joined Kenny Florian and Todd Harris on UFC Tonight to discuss the huge news about his new job coaching The Ultimate Fighter against Jon Jones. Sonnen lit into Jones and is staking his claim as the heir to the UFC light heavyweight throne.