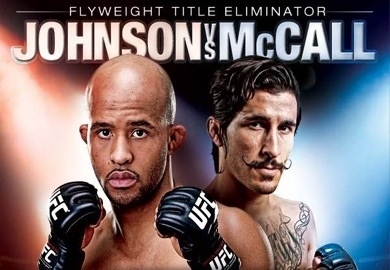 By Evan Stoumbelis
Last Friday Johnson vs McCall II headlined UFC on FX 3, where fans saw Demetrious Johnson defeat Ian McCall via unanimous decision. Johnson now moves on to fight Joseph Benavidez to become the first ever UFC Flyweight champion. Unfortunately, after seeing a slight climb in viewers during UFC on FX 2, numbers dropped by 300,000 for UFC on FX 3. The prelims, which aired on Fuel TV also suffered a drop in viewers, with 29,000 less people tuning in. As I watched the event I noticed it was lacking in the star-power aspect, which is understandable given that the UFC is holding 20 events in 22 weeks. Below is the compiled ratings for all 3 UFC on FX shows as well as the prelims hosted on Fuel TV.

The Korean Zombie opens up about injury in Poirier fight