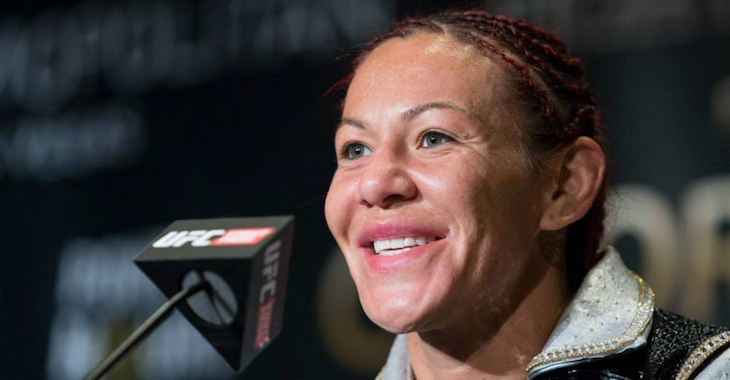 Former UFC women’s bantamweight champion Ronda Rousey hosted the sketch comedy show Saturday Night Live over the weekend. The UFC star made her first video appearance in a production since losing her championship title to Holly Holm at UFC 193 back in November.

Rousey has taken time off from fighting to expand on her career with filming two new movies. The former UFC champion and Olympic medalist has already appeared in a few major motion pictures and it looks like her career in the movie industry isn’t slowing down.

Cris “Cyborg” Justino, a heated rival of Rousey and featherweight champion in the Invicta FC promotion showed that she also has a strong sense of wit. After the airing of Saturday Night Live, Cyborg took her opportunity and tweeted a reference to Rousey’s comedic performance and fighting skill.

While the attraction of a superfight between the two has faded a bit with Rousey losing her title, Cyborg still wants to fight Rousey. With a simple tweet, the judges may have Cyborg up on the scorecards for now.