QUICK TWITT | ‘Cyborg’ Blasts Rousey: ‘If She Can Beat Cain, Why Not Fight Me?’

Ever since she said she can beat Cain Velasquez, Ronda Rousey has found herself under fire with fans and select members of the media. 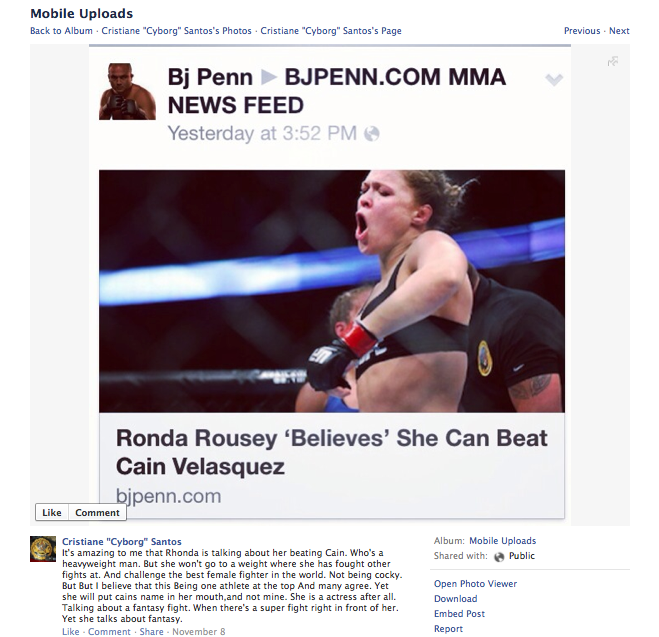 “It’s amazing to me that Rhonda is talking about her beating Cain. Who’s a heavyweight man. But she won’t go to a weight where she has fought other fights at. And challenge the best female fighter in the world. Not being cocky. But But I believe that this Being one athlete at the top And many agree. Yet she will put cains name in her mouth,and not mine. She is a actress after all. Talking about a fantasy fight. When there’s a super fight right in front of her. Yet she talks about fantasy.”