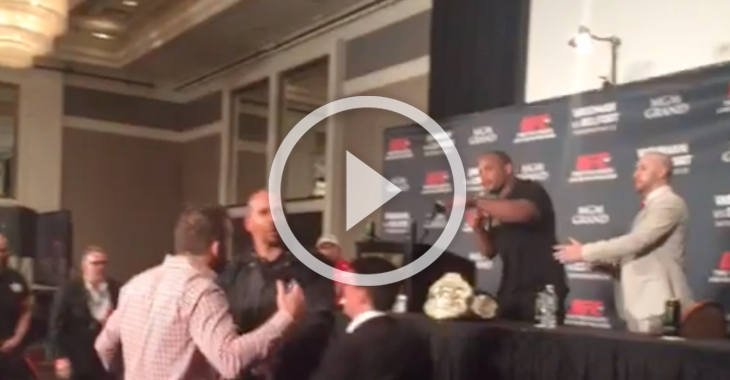 Things got really heated at the UFC 187 post-fight press conference!

Daniel Cormier was answering a question about waiting for Jon Jones when he started talked about Ryan Bader and all the trash talk he’s been dishing out. Apparently Bader was there and Cormier started pointing at him telling him that he wanted to fight him for an easy paycheck. Bader got up and walked towards the podium and well, watch the video.