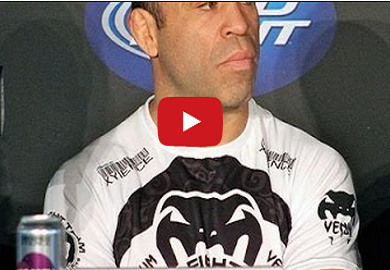 Earlier today the NSAC held a meeting for Chael Sonnen and Wanderlei Silva. During the course of the meeting Wanderlei admitted to taking two banned substances, as well as evading the sample collector sent by the commission. During Sonnen’s portion of the hearing Sonnen was hit with a routine temporary suspension until a future hearing.

Check out Sonnen’s segment at the 52 minute mark.

And Silva’s segment at the 1 hour, 25 minute mark.