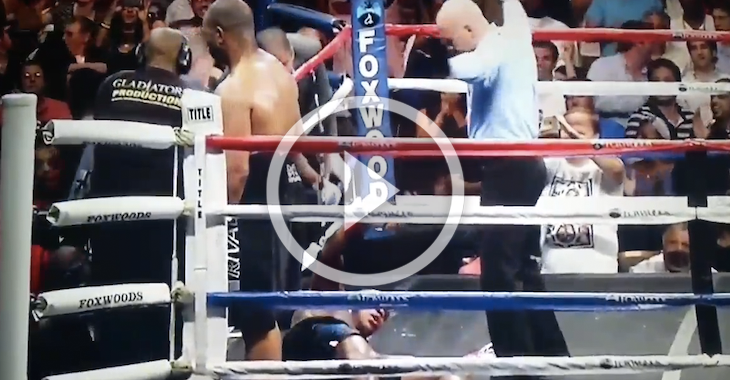 Roy Jones Jr. continues to prove that you can still find success in boxing despite getting old in age; All you need is a little bit of patience and a lot of technique.

Jones squared off with Eric Watkins on Sunday evening at the Foxwoods Resort Casino in Mashantucket, Connecticut in a bout that lasted only six rounds. Jones may have faded a bit with age, but he still packs a powerful punch and he has proven that in his last three fights by knocking his opponents out.

Watkins’ fate was no different as he ate a ridiculous left that sent him tumbling to the canvas, forcing the referee to wave off the fight. Check out the knockout in the video below:

The GOAT Roy Jones Jr with the KO pic.twitter.com/oEWYOulG2b

Roy Jones Jr. is keeping busy as he already has two fights lined up! He will be facing Danny Santiago at the end of the month, then fighting Tony Moran for two vacant championships in September. Do you think Jones should keep fighting? Share your thoughts in the comment section below!