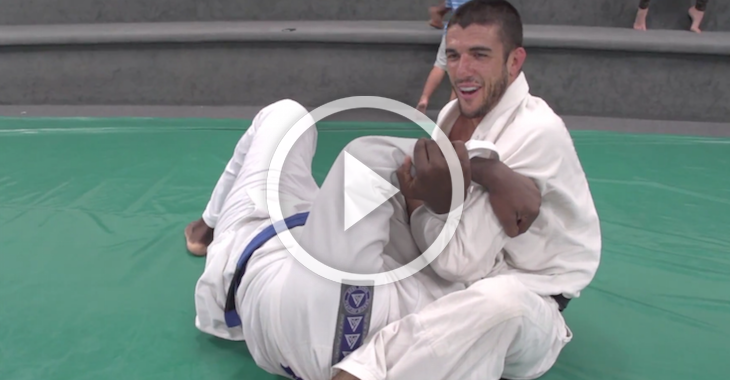 ‘Ever wonder what it would be like to roll with a 275 lb NFL superstar? In this special edition fully-narrated sparring session for Gracie University, Rener has a nice gi sparring sessions with Tamba Hali who has made it a routine to train at the Gracie Academy for several weeks every summer before heading back to KC Chiefs training camp for the upcoming season.’