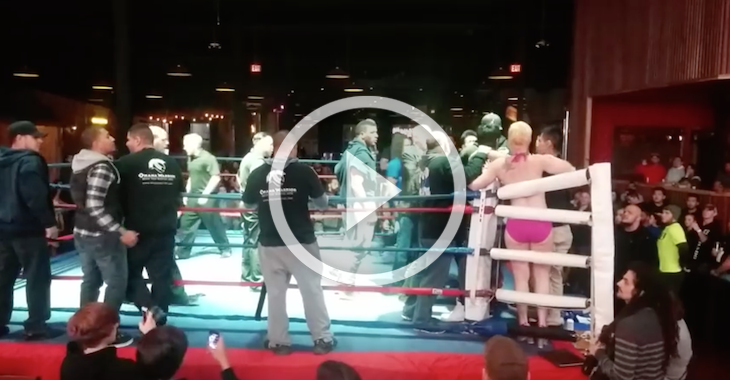 Referee Don Turnage, who has refereed UFC events, was involved in a massive brawl at an XFC (Xtreme Fight Club). Apparently someone didn’t like his decision to stop the fight. Check it out.