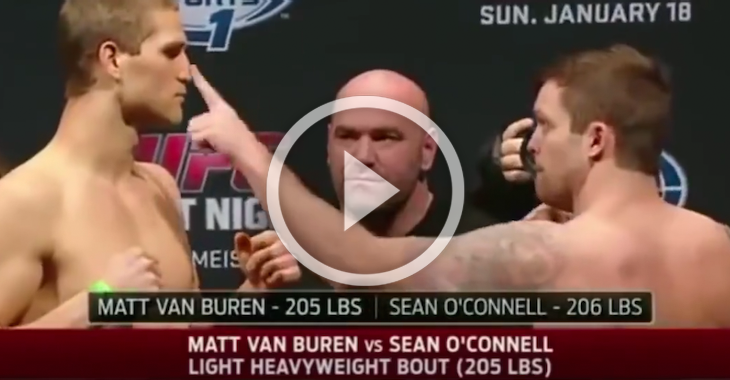 Despite having some of the most exciting fights on the card hand possessing two knockout victories in a row, Sean O’Connell is actually known for his shenanigans at the weigh-ins. Whether he’s taking selfies, playing rock paper scissors or booping his opponent on the nose, he is always entertaining! What should he do next? Share your thoughts in the comment section below!