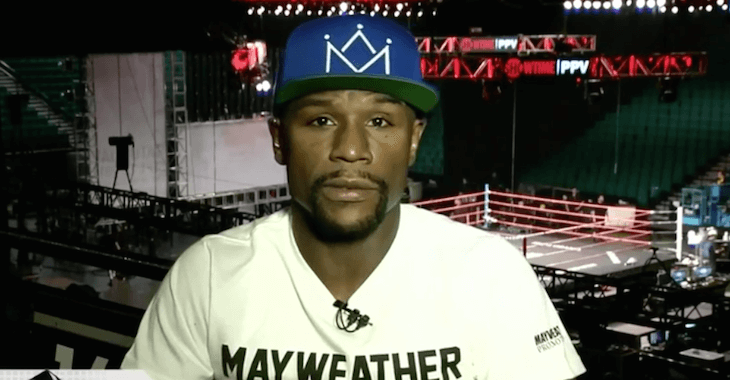 Looks like Floyd Mayweather might be getting tired of answering questions about UFC bantamweight champion Ronda Rousey.

In a recent interview, on OTR, or Off The Record, host Michael Landsberg, who’s known for having pretty heated interviews on his show from time to time, asks Folyd if he’d ever fight Rousey.

Mayweather sort of dodges the question and says he wishes everyone in MMA good luck, but he’s focused on his fight with Andre Berto.

Then, Landsberg says that by not saying he would never fight Rousey we should assume there’s a situation where he would. This tim Mayweather just ignores the comment and says tune in to his fight blah blah blah.

It’s pretty entertaining, check it out!