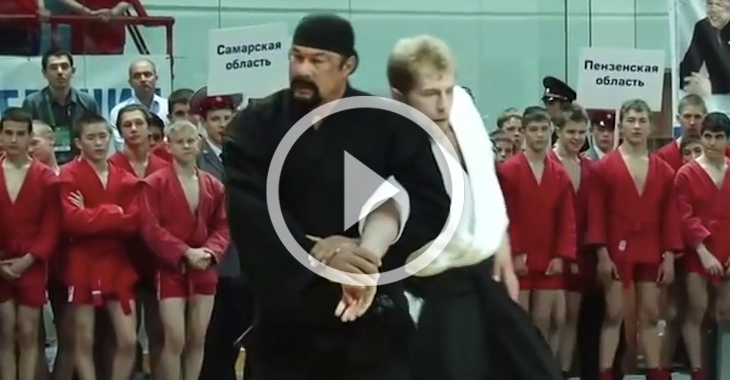 Steven Seagal could go down as one of the most controversial figures in our sport. He has walked with Anderson Silva and Lyoto Machida to the octagon during the peak of their careers and has claimed to teach them many moves. He appears at UFC shows from time to time and has an aura to him. “Master” Seagal recently ran a master seminar in Russia and schooled two students as they tried to grab his arm. Don’t they know Seagal is a seventh-degree black belt in Aikido?

The footage was captured from an All-Russian Sambo Tournament this past Saturday during Segal’s Aikido demo. He makes it look so… effortless.