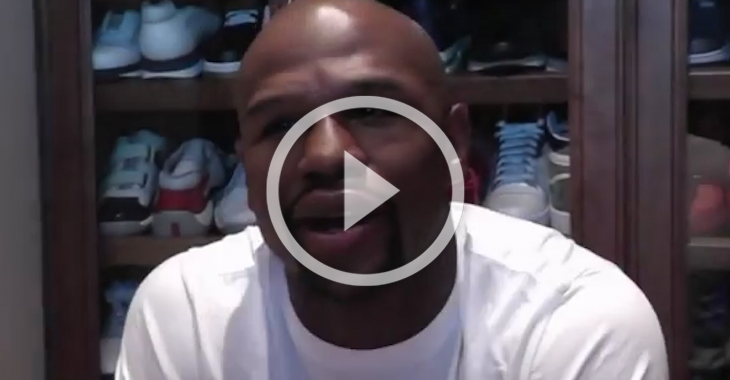 Floyd Mayweather and Manny Pacquiao CRUSHED pay-per-view records last Saturday evening, then they fell off the face of the planet. While it’s understandable that both fighters want to take a bit of time away from the media to recover after months of hyping their fight, there were so many questions left unanswered from the fight that an interview with one of these guys was necessary!

Floyd Mayweather finally broke his silence this week and shared his thoughts on several subjects including the injury “Pac-Man” said he suffered before the fight.