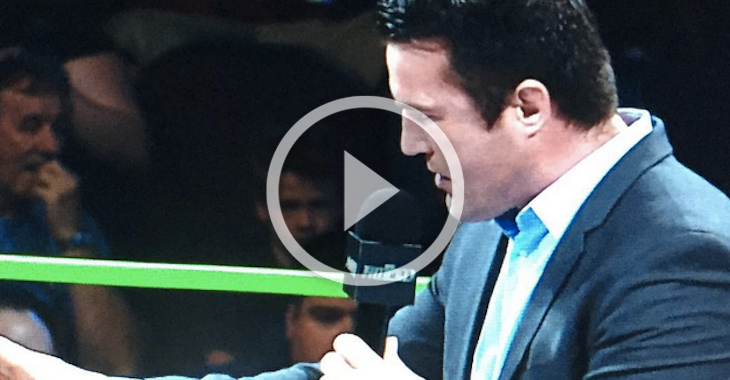 It takes a special person to go from being a crowd favorite to the biggest bad guy in the room in the matter of seconds. To nobody’s surprise, Chael Sonnen was able to just that in his first professional wrestling appearance for Global Force Wrestling. Sonnen proceeded to call out Phil Baroni who was live in attendance! Could this be leading to a wrestling match between Sonnen and Baroni? Check out the video above!