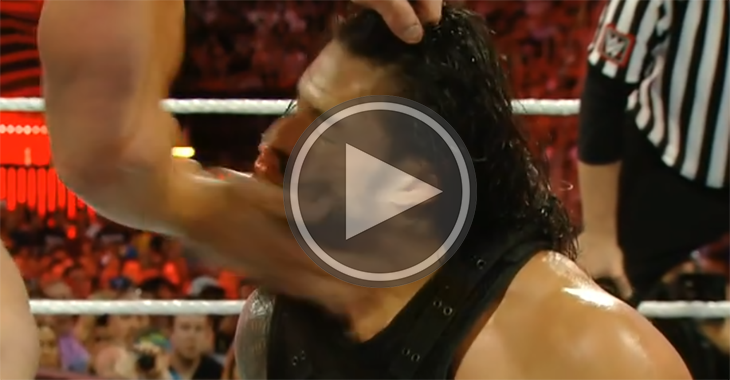 Brock Lesnar and Roman Reigns headlined tonight’s Wrestlemania 31 pay-per-view and it was one hell of a match. Even though Lesnar recently announced his UFC retirement, he did not hold back when he slapped Reigns as hard as he could!

Check out the GIF below, captured by Twitter’s ZombieProphet.