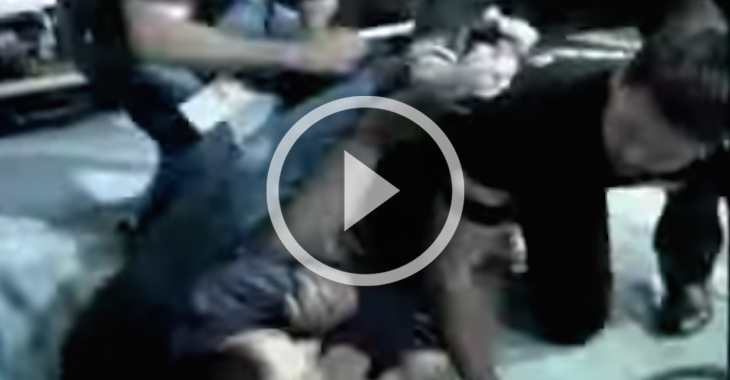 An MMA fight went to decision and the loser just wanted to leave the ring as soon as possible. He tried to leave AS the judges’ decision was being read and the referee pulled him back to the middle of the ring and scolded him. The fighter gets close to the referee and the referee actually takes him down! A brawl erupted after that and everything was organized shortly thereafter.