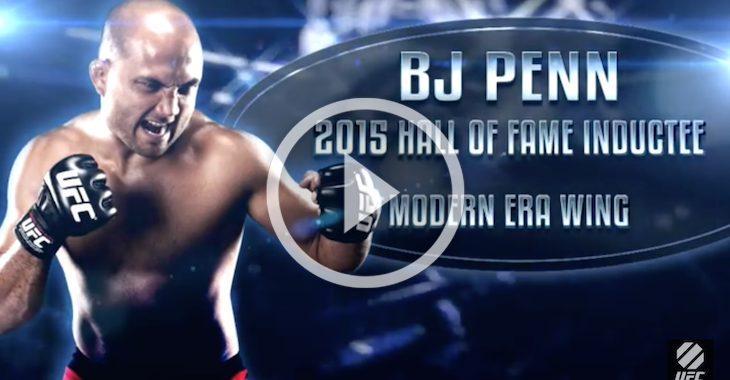 ‘The UFC Hall of Fame welcomes one of the greatest of all time: former UFC welterweight and lightweight king BJ Penn. Outrageously gifted, teak tough and freakishly flexible, Penn spent most of his career fighting – and beating – much bigger men, even ending Matt Hughes’ reign as UFC welterweight king. But it was when “the Prodigy” dropped down to lightweight where Penn produced some of the greatest performances not only of his career, but in the history of the 155lbs weight class.’ via- UFC.