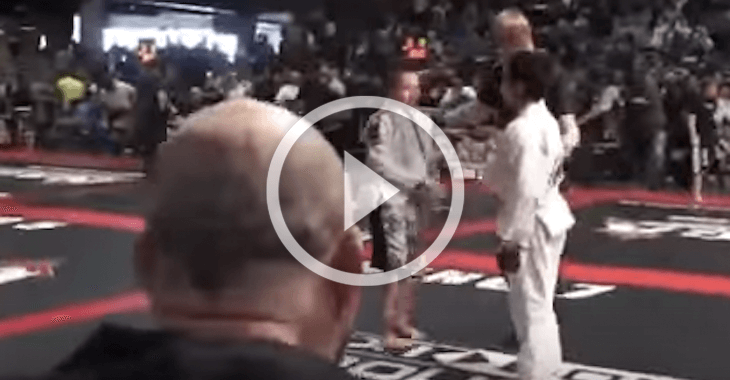 Wanderlei Silva has been on the receiving end of some good news as of late. The Nevada State Athletic Commission was recently forced to lift their lifetime ban of him when it was decided their punishment of running away from a drug test was “arbitrary and capricious”.

While Silva awaits his meeting with the NSAC for his new punishment, he has been on the sidelines of his son’s grappling competitions coaching and cheering him on! Could you imagine going up against Wanderlei Silva’s son? Check out the video above to see Wanderlei’s kid pick up his first tournament win!