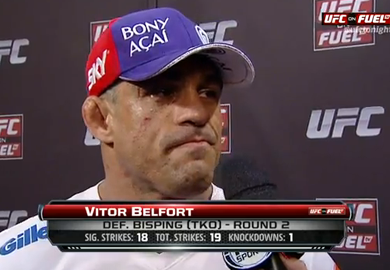 Vitor Belfort proved that he’s still got what it takes to be a top contender in the UFC by KO’ing Michael Bisping with a beautiful head-kick. After a killer performance, Belfort called out both Jon Jones AND Chael Sonnen. Belfort is one ambitious fighter!