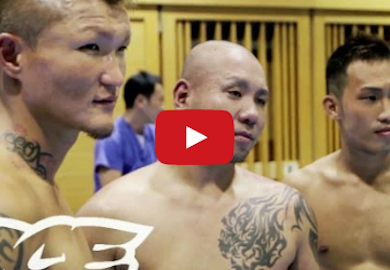 Waru (bad boy) is an anything-goes fighting tournament started by movie producer and all round entrepreneur, Yamamoto Yoshihisa.

The tournament is now about as rough as it gets when it comes to organized fighting in Japan.

There’s no K1 or Pride-style sheen to proceedings and no pretty boy posturing or dramatics by the participants either. There are rules but not many of them: no biting, no hits below the belt, and no hits to the face when a player is down.

Submissions are forbidden and KOs pay extra dollar, so that’s the end goal; though usually “matches end up pretty much just like street fights with someone stepping in to break things up” says Yamamoto. Waru is all-out blood, sweat, and tears, as the red stained rags used to mop the ring after matches will testify to.