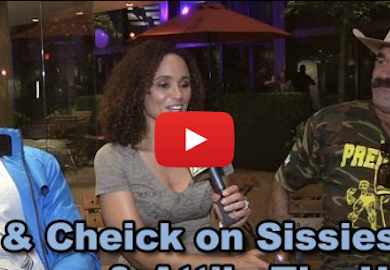 “I think they’re are a bunch of sissies. I think they should be wearing purses and have them paint their damn toenails, what the hell is that all about? They should be putting on makeup and lipstick and prancing around, you know in high heels. They probably do it half the time anyways when they’re training.”

“Half the time one guy’s afraid, and the other guy’s happy about it.”