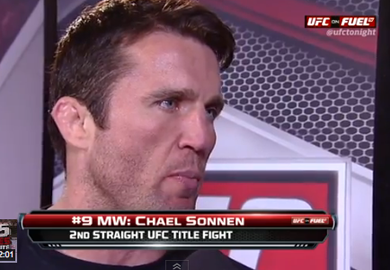 Chael Sonnen weighed in for his title fight against UFC Light Heavyweight Champion Jon Jones before speaking with UFC Tonight analyst Ariel Helwani. Sonnen plans on bringing his best into the Octagon, can “The American Gangster” pull off the upset?