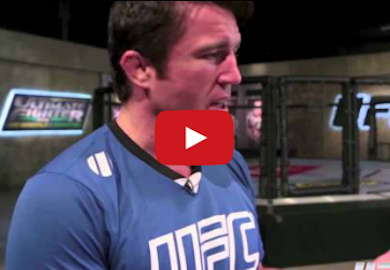 Chael Sonnen has landed in San Paulo, Brazil, to begin taping of the eagerly-awaited third season of “The Ultimate Fighter Brazil.” To no-one’s surprise, the American Gangster already has some choice words for rival coach Wanderlei Silva.

This is the first in a series of exclusive original reports, “Six Weeks with Sonnen,” in the build up to the eagerly-awaited The Ultimate Fighter® Brasil: Team Wanderlei vs Team Sonnen, available exclusively on UFC Fight Pass, beginning in early March.