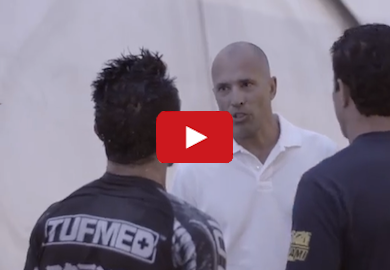 A sneak peek at the upcoming Eddie Bravo documentary, a TUFMED Films original.

This project provides insight into Eddie’s historic rematch against Royler Gracie at Metamoris 3 including his unique training regimen, his music, his family, his lifestyle, and his philosophy toward jiu jitsu…

Also features clips from his altercation with Royce Gracie, which TUFMED filmed and will release in its entirety in the documentary.