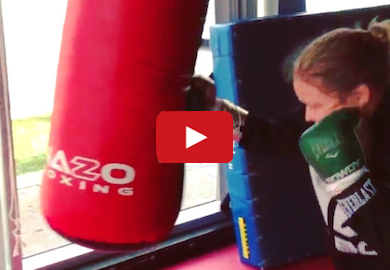 ‘Rowdy’ is seen here, showing off the evolution in her striking. The UFC champion, is just three-years into her Mixed Martial Arts career and entered the scene with just a Judo background.

Impressed with her evolution?