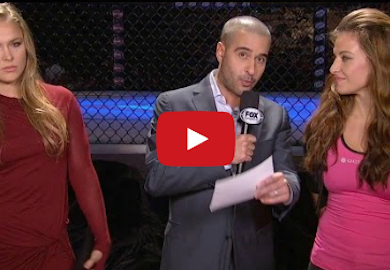 The Ultimate Fighter 18 coaches Ronda Rousey and Miesha Tate were on hand at the TUF 18 Finale to lead their fighters to victory. Rousey and Tate, two ferocious competitors, spoke with Jon Anik about their upcoming fight at UFC 168 that will finally settle their rivalry.