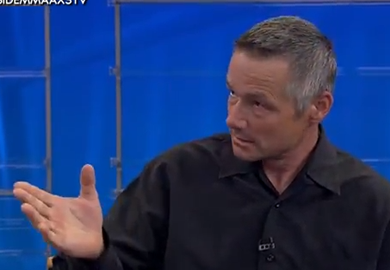 “It looked to me like he got hit with an uppercut. He went back, grabbed his face and hit the ground. Later on, we found out it was clear as day an eye poke. We didn’t have the instant replay at the time…so one of those losses on Anthony’s career was due to my bad call.”

“I had to stick by my decision. Once you make that call, the fight’s over, he rolls over and says, ‘I got poked in the eye,’ I already made the call. Now, I do have the ability to go back and say, ‘Wow, he did get poked in the eye.’ I’m turning this loss into a disqualification in Anthony’s favor.”