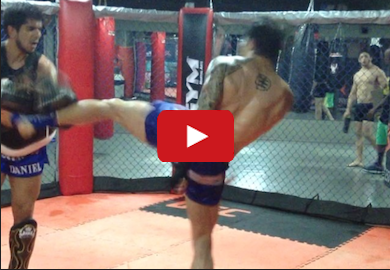 Somewhere in Ohio, UFC welterweight, Matt Brown watched this video and trembled, even if just slightly.

For his opponent, Erick Silva, holds the kind of finishing power feared among the UFC ranks.

The two welterweights square off next week in the UFC’s Cincinnati main event.