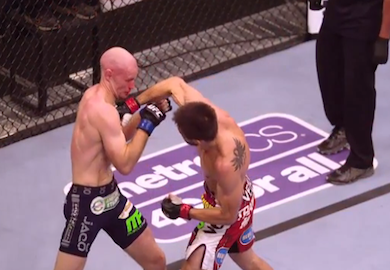 Former UFC interim welterweight champion, Carlos Condit, put on a striking clinic last night in his main event rematch against Martin Kampmann. The two top welterweights took it to the fourth round, where Condit was able to capitalize on his dominance and finish Kampmann with strikes.

Both men earned ‘Fight of the Night” honors from the UFC>