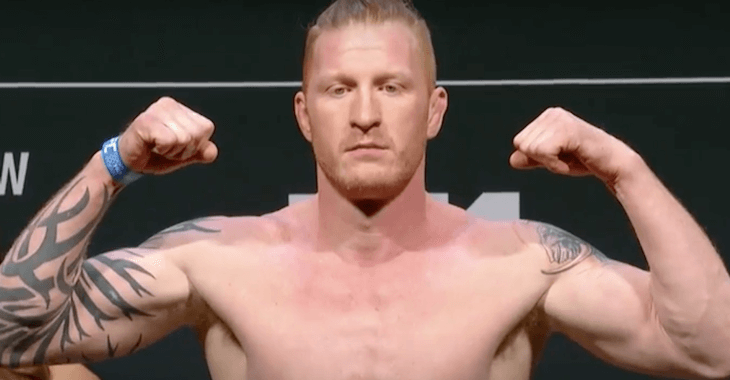 Round one begins and Boetsch is finding a home for his overhand right early. Herman responds with a stiff jab. Boetsch tags Herman with a big left that puts “Short Fuse” on rubber legs. Some solid uppercuts land for Boetsch while in the clinch. Herman seems to have recovered and lands a couple of decent shots of his own. Both men stand and trade shots to end round one.

Round two begins and Herman is able to land some early shots. Huge knee from the clinch lands for Herman and floors Boetsch! It’s all over!

Ed Herman defeats Tim Boetsch via KO in round 2