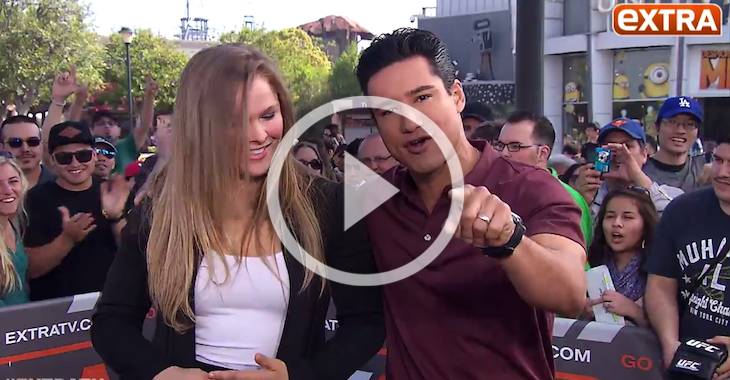 Ronda Rousey and Laila Ali have had fun sparring in the media over who’s the better fighter. Ali, an undefeated ex-pro boxer, even went as far as to compare undefeated UFC Women’s Champ Rousey to her 3-year-old! Ronda joined “Extra’s” Mario Lopez at Universal Studios Hollywood, where she responded to Ali’s remarks.