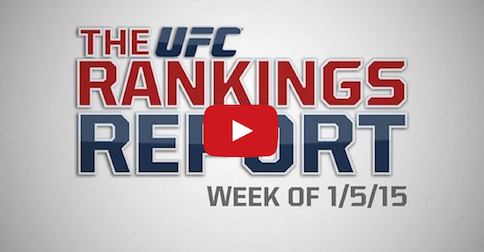 The Rankings Report is a weekly UFC.com series that gives you, the fans, a more in-depth look into the official UFC rankings. This week Matt Parrino and Forrest Griffin discuss if Jon Jones is the greatest of all time, the biggest jump in the flyweight division, and the announced UFC 185 headlining fight between Anthony Pettis and Rafael dos Anjos.