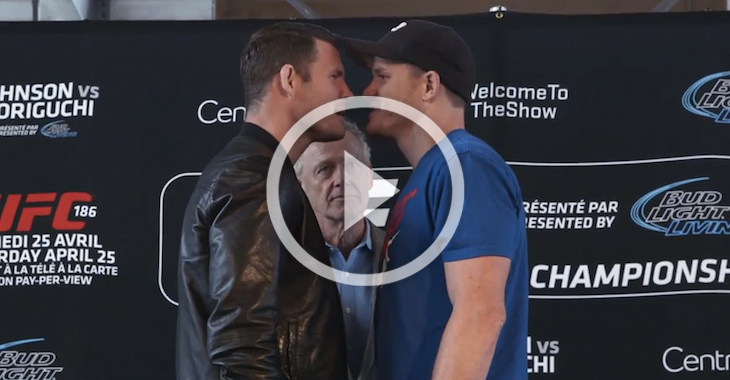 On Episode 2 of UFC 186 Embedded, UFC flyweight champion Demetrious Johnson gets in a late-night workout alongside the star of the co-main event, former 205-pound champion Rampage Jackson. Middleweight Michael Bisping polishes his French and does some grocery shopping. Then all three are off to Ultimate Media Day where they face off against their respective opponents: Kyoji Horiguchi, Fabio Maldonado and CB Dollaway.

UFC Embedded is an all-access, behind-the-scenes video blog leading up to the flyweight championship at UFC 186: Johnson vs. Horiguchi, taking place Saturday, April 25 on Pay-Per-View.