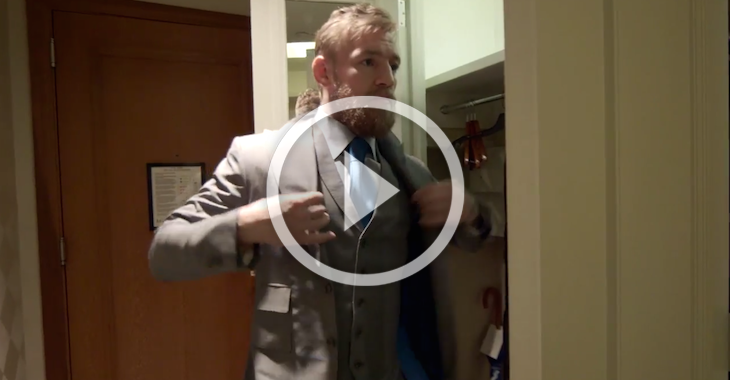 On Episode 6 of UFC 189 World Championship Tour Embedded, headliners Jose Aldo and Conor McGregor share the stage yet again at The Strand Theatre. Buoyed by the Boston fans, Ireland’s McGregor wields more insults and taunts at the featherweight champion. After being separated by UFC President Dana White at the press conference, the two are off to New York City for five more days of togetherness. UFC Embedded is an all-access, behind-the-scenes video blog following the stars of July’s UFC 189 on their World Championship Tour.