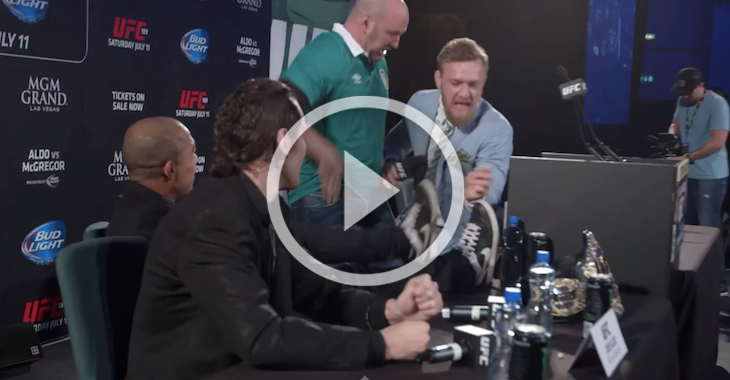 On Episode 10 of UFC 189 World Championship Tour Embedded, it’s a triumphant homecoming for top featherweight contender Conor McGregor as the trip makes its final stop in Dublin, Ireland. With tensions at their ten-day peak, McGregor takes the belt from reigning champion Jose Aldo — at least momentarily — at a raucous press conference. UFC Embedded is an all-access, behind-the-scenes video blog following the stars of July’s UFC 189 on their World Championship Tour.