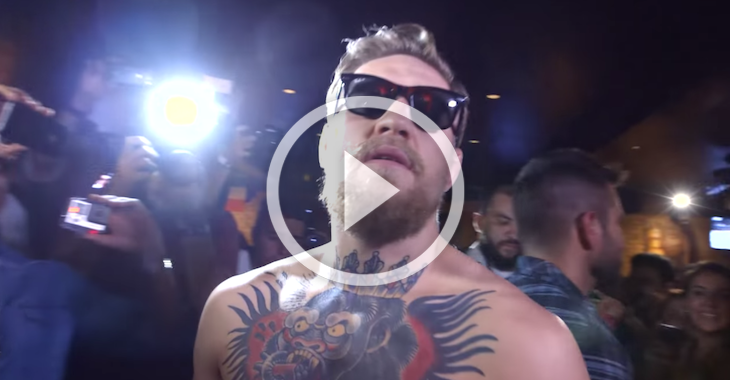 On Episode 1 of UFC 189 World Championship Tour Embedded, featherweight champion Jose Aldo has the home court advantage on the trip’s first stop in Rio De Janeiro. But incendiary Irish challenger Conor McGregor makes the city his own, disrespecting the champion at a press conference and riling up the crowd at a local pub. After an intense faceoff at the press conference, the rivalry between the opponents turns serious… and they still have 10 days of travel together. UFC Embedded is an all-access, behind-the-scenes video blog following the stars of July’s UFC 189 on their World Championship Tour.