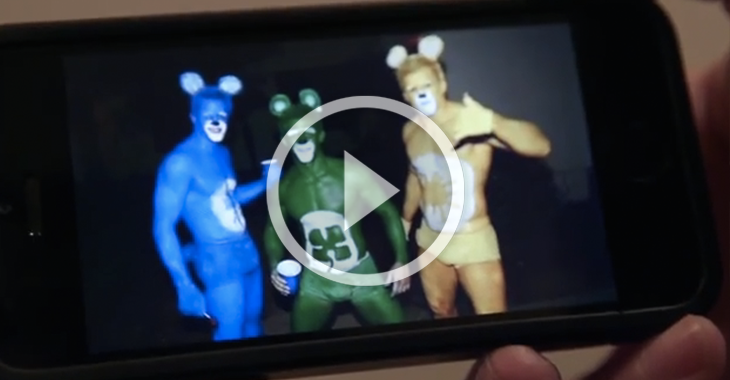 The first edition of “UFC 186 Embedded” features stars of the show like Demetrious Johnson and Michael Bisping getting ready for the big show this upcoming Saturday. However, the man that stole the show is CB Dollaway.

Dollaway tells the tale of the time he and Ryan Bader dawned the identities of Care Bear characters. Both fighters doused their bodies in paint and went all-out on their costumes.

Also on Episode 1 of UFC 186 Embedded, flyweight champion Demetrious Johnson and middleweight contender Michael Bisping are the first to land in Montreal.

Flyweight challenger Kyoji Horiguchi passes time by enjoying the outdoors vicariously. And better late than never, Quinton “Rampage” Jackson makes it to the hotel just 24 hours after having his fight rebooked for the event.