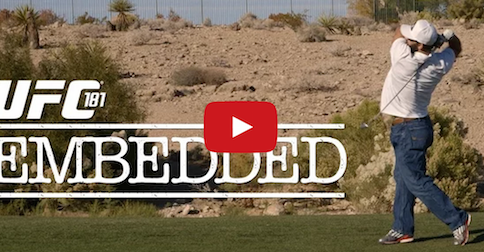 On episode #1 of UFC 181 Embedded, welterweight champion Johny Hendricks spends his holiday weekend in Las Vegas before fight week madness and media obligations truly begin. While “Bigg Rigg” unwinds on a golf course, his opponent Robbie Lawler deals with two flat tires on his way out of town for a press tour. The challenger eventually makes his way to the West Coast, where he talks up his fight – and the weather forecast. UFC Embedded is an all-access, behind-the-scenes video blog series focusing on the days leading up to the two title fights at UFC 181: Hendricks vs. Lawler II, taking place Saturday, December 6, on Pay-Per-View.