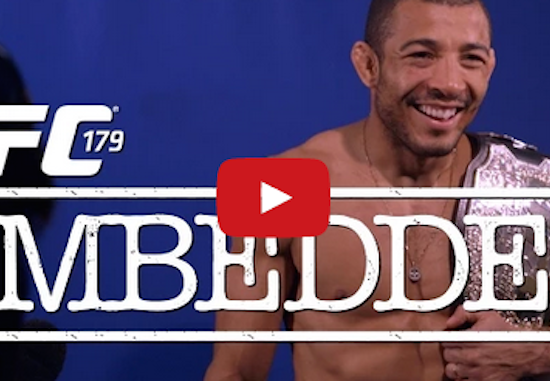 On episode 1 of UFC 179 Embedded, as featherweight champion Jose Aldo prepares for his title defense on home soil in Rio, he has harsh words for his opponent Chad Mendes and divisional up-and-comer Conor McGregor. Still stateside in Sacramento, Mendes trains alongside Nate Diaz, then packs for his long trip into enemy territory. UFC Embedded is an all-access, behind-the-scenes video blog series focusing on the days leading up to the epic UFC 179: Aldo vs. Mendes 2 fight card, taking place Saturday, October 25, on Pay-Per-View.