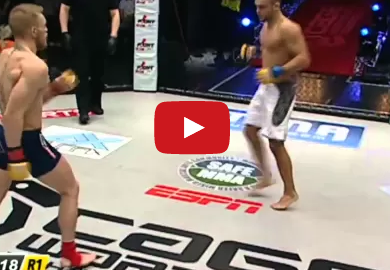 In honor of Conor McGregor’s UFC 178 win over Dustin Poirier, we take a look back at McGregor’s 2012 win over Ivan Buchinger at Cage Warriors 51 where he became a 2-division champion.

The bout was McGregor’s last bout before being signed by the UFC, where he has since gone 4-0. Check out the brutal finish at the 6 minute mark.