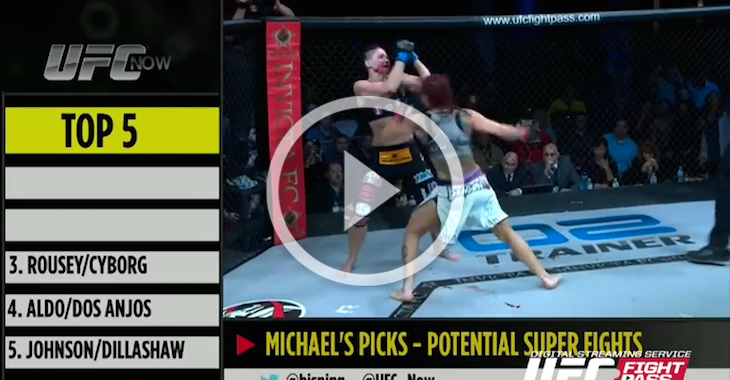 Michael Bisping, Brendan Schaub and Kenny Florian count down their top 5 potential super fights in this segment of UFC Now, episode 218. Now that “UFC Fight Night 66” is in the books and Urijah Faber’s super fight with Frankie Edgar is off the list, which super fight would you like to see next?