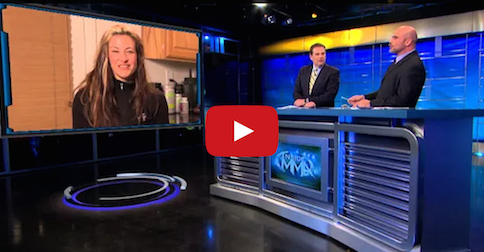 With her anticipated fight versus Sara McMann on the horizon at UFC 183, women’s bantamweight fighter Miesha Tate stopped by AXS TV’s INSIDE MMA for an interview with hosts Kenny Rice and Bas Rutten. During the interview, Tate discussed her matchup with McMann, stating she “would love for [it] to be a stand-up fight,” and shared her thoughts on the UFC’s addition of the women’s strawweight division as well as some of the new fighters from “The Ultimate Fighter 20.”